Although a trip focused on understanding the management of nature conservation in Latvia our hosts made sure we received a healthy dose of cultural history to compliment and broaden our understanding of Latvia and its people. A nation with a long complex history Latvia’s castles and medieval towns have so much to discover, a guided tour of Cesis old town and the castle was fascinating and filled with folk tales, legends and facts. Latvia, Lithuania and Estonia were previously known as Livonia, this was one of the last pagan strongholds in continental Europe, officially right into the late 1100’s unofficially surviving much longer after the Northern crusades finally brought Christianity to the tribal pagans. To put this into context Iona Monastery had already been established in Scotland for more than 600 years! 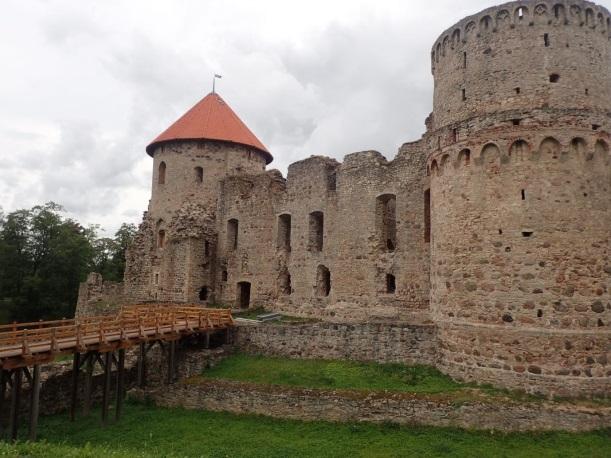 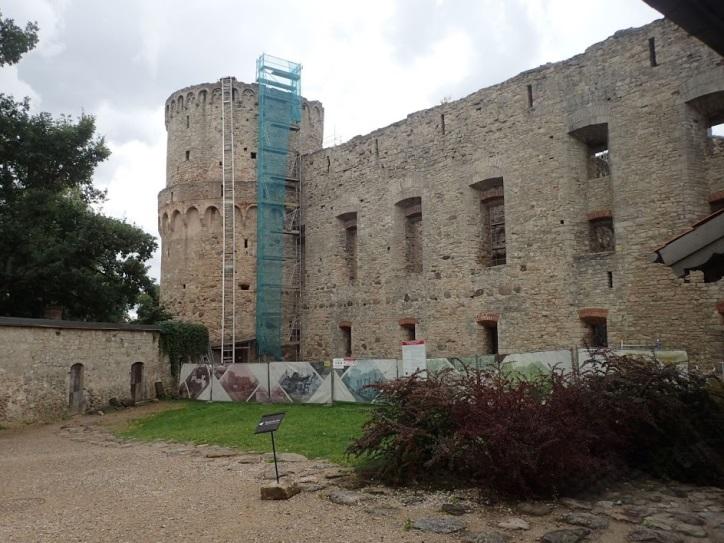 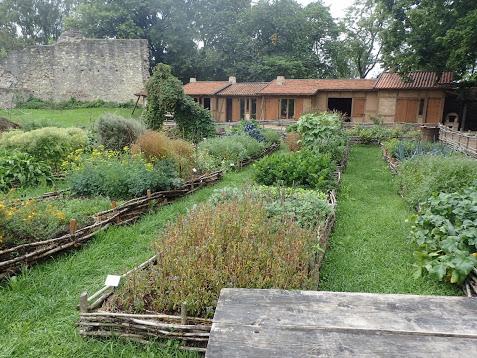 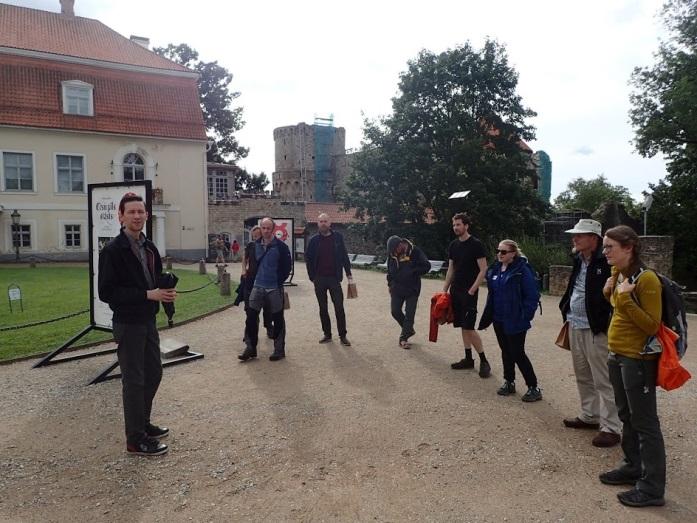 The history of Cesis and its castle reflects that of Livonia, conquered, capture, occupied and passed around bloody battle after bloody battle. Even just between the Teutonic Knights northern crusades set on bringing Christianity to the pagan in the 11th Century to the besiege of Cesis castle by the Russian Tsar Ivan the Terrible in 1577 (ending in a mass suicide) I could write pages and pages. In fact I already did, but this is the edited version! Despite the turbulent history Latvians have retained their national identity. Although the Republic of Latvia did not officially declared until 1918 many of the tribes during the Northern crusades of the 11th Century began to fight battles under the same red and white flag we associate with Latvia today. Independence as the Republic of Latvia was finally recognised in 1921 but as we all know the occupation of Latvia by foreign nations was not yet over. 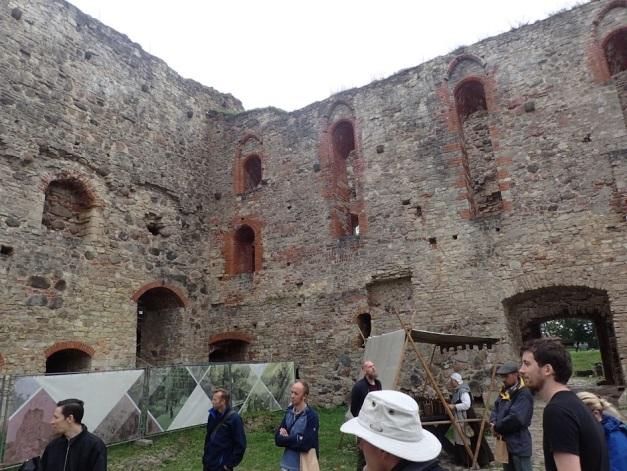 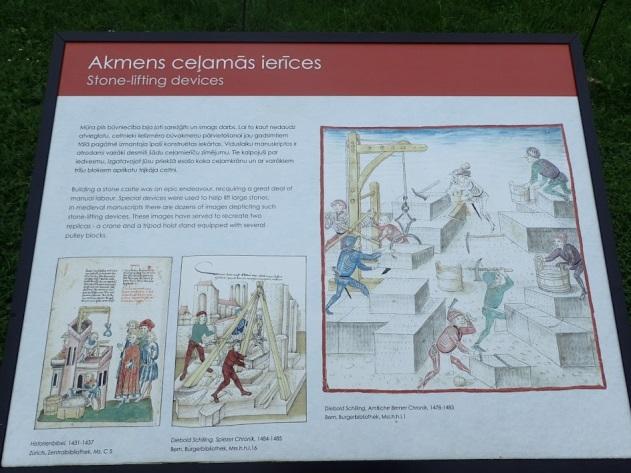 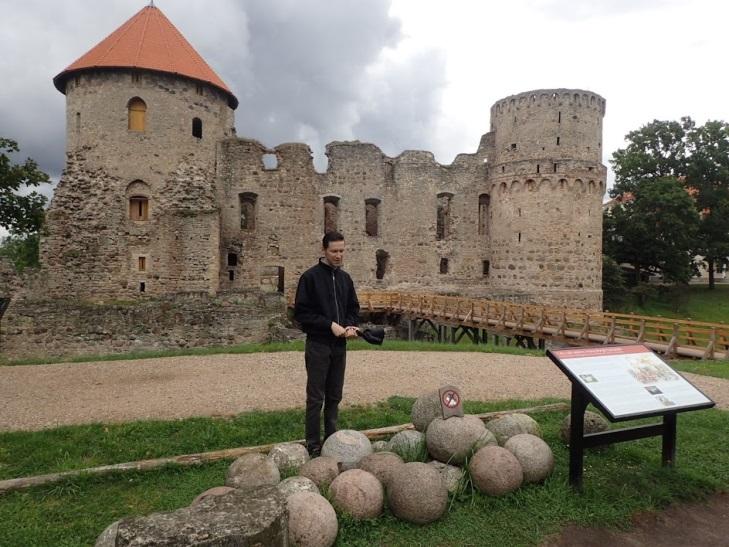 The modern history of Latvia is as fascinating as it medieval past, but what of the Latvia of today. There are five large national parks dotted across the country; tourism is a developing sector one which the Latvians are keen to capitalise on. From the wetlands of Kemeri National Park through to the wooded sand stone valley of Gauja National Park the visiting tourist cannot fail to be impressed by the abundance of information signs, play areas, picnic spots, fire pits, boarded walks and walking trails which manage to make you feel welcome without compromising on the natural beauty of the landscape. I think all in the group would agree that we were excited about the accessibility of Latvia to a tourist with return trips already being mapped out. Nothing demonstrates this tourism infrastructure more than the Latvian Nature app, freely available and translated into English it enables you to maximise your visit to Latvia from the comfort of your pocket. Now I realise I sound as though I am working on commission but I am confident in saying that I do echo the feelings of the group as a whole. 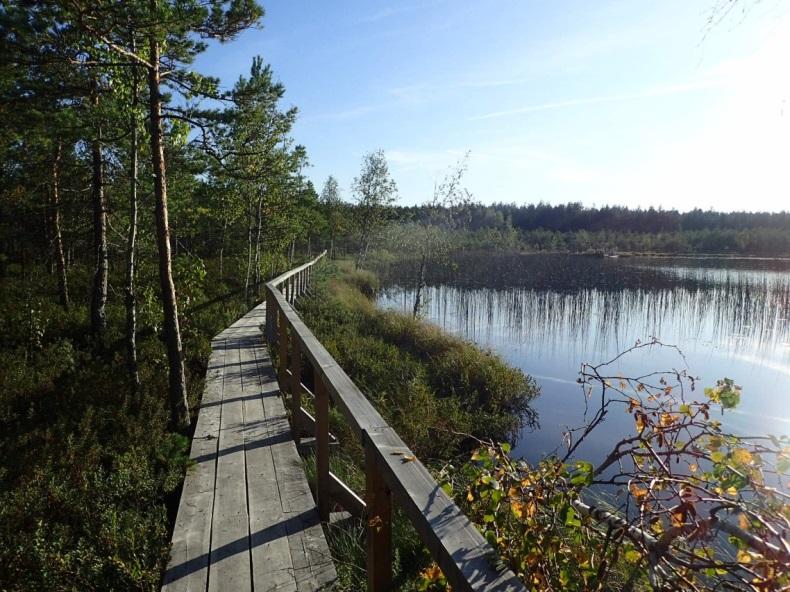 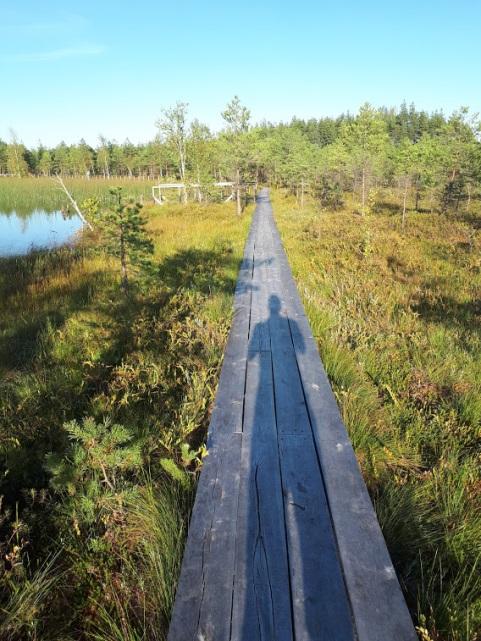 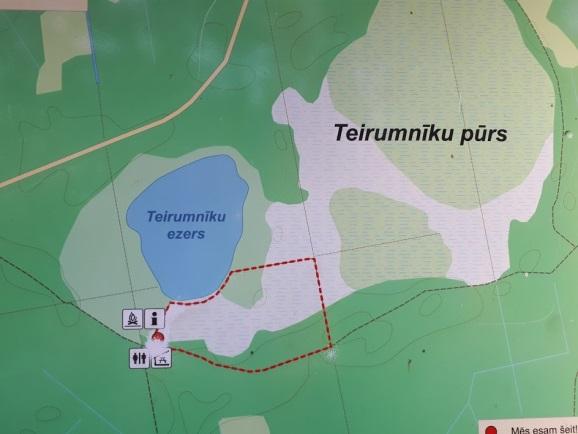 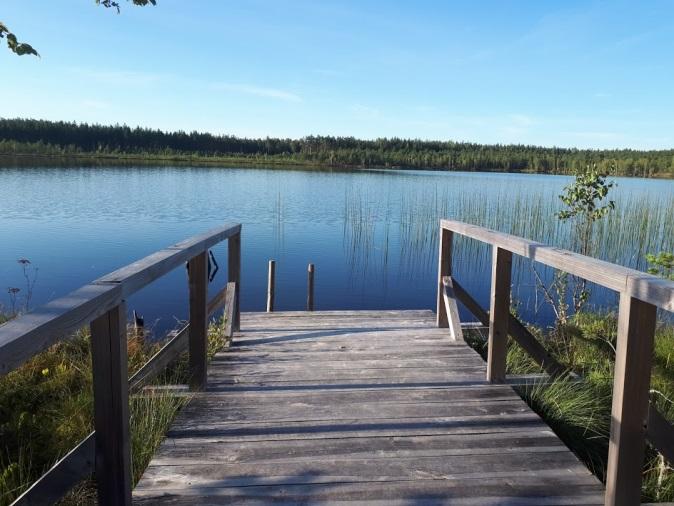 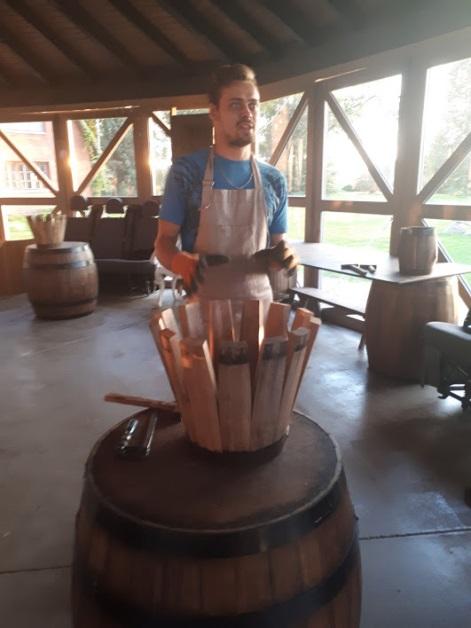 Wherever we went in Latvia be it city, forest or country we were welcomed by friendly, helpful Latvian’s. This was truly demonstrated by our hosts for a night close to Valmeria in eastern Latvia, with the young apprentices of the family in attendance we were taught the intricate process of barrel making. A truly captivating, spectacular and at points beautiful skill which in Latvia is dying out, only three barrel makers remain in the country our hosts were determined to continue the tradition into future generations. 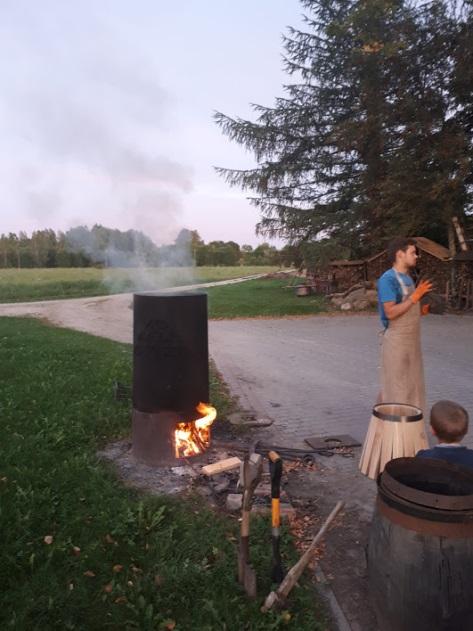 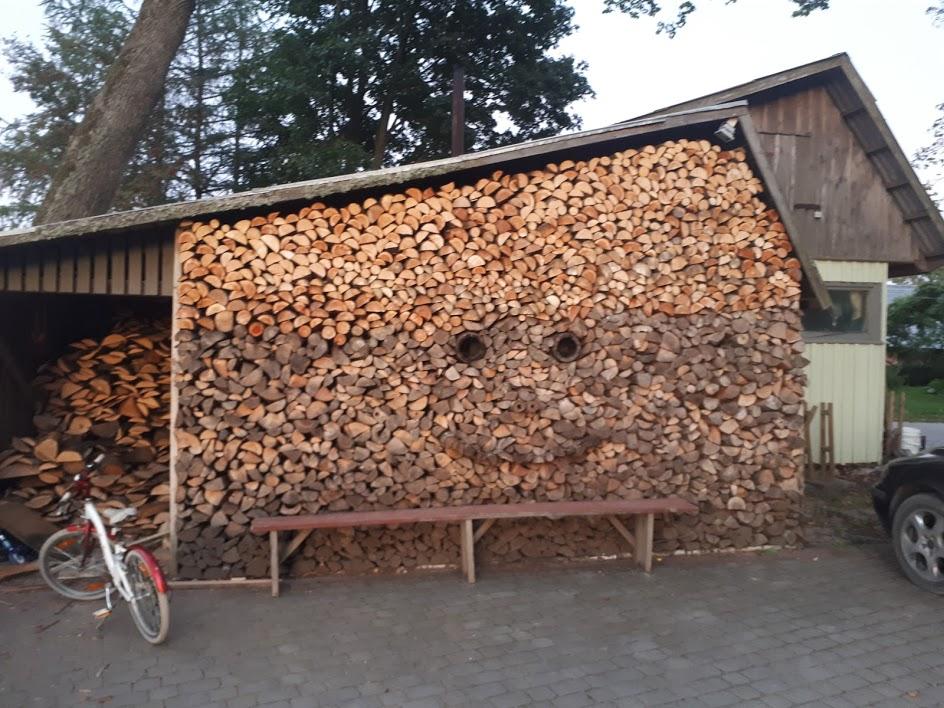 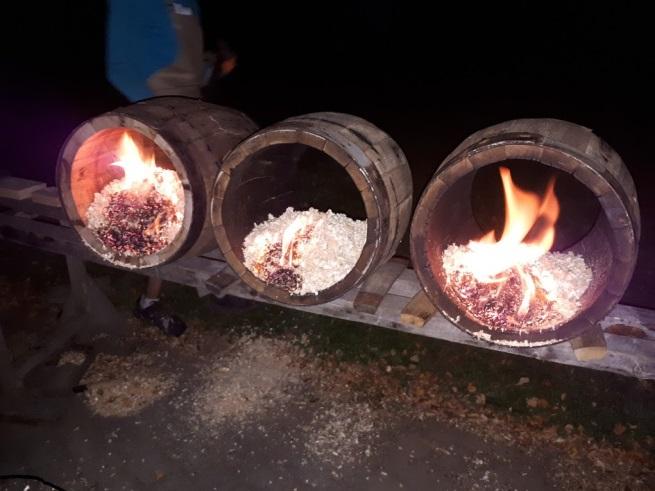 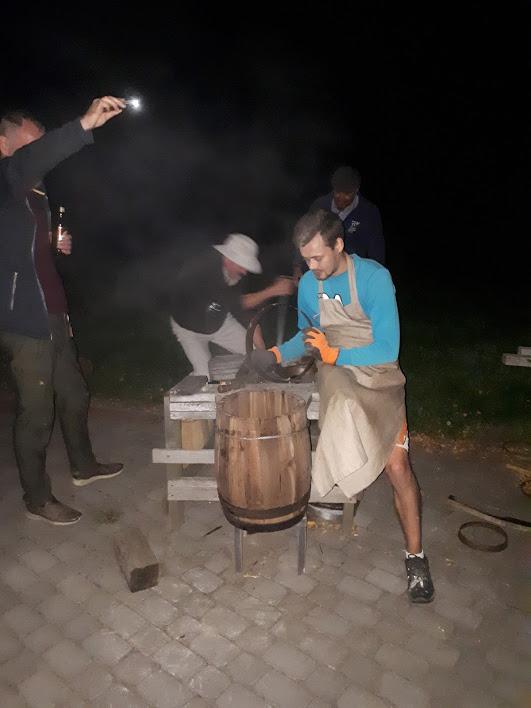 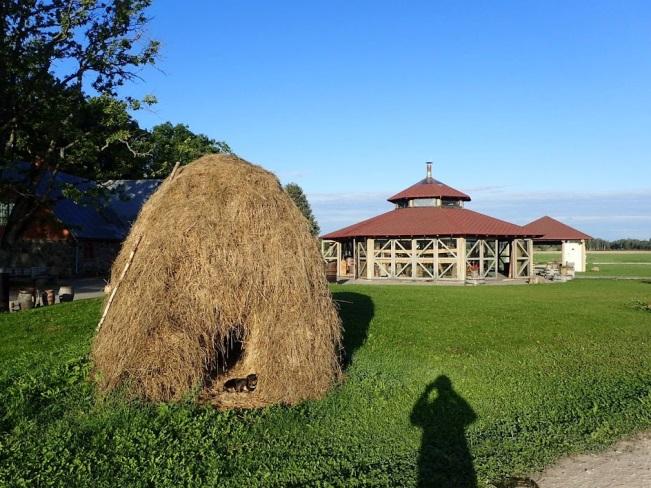 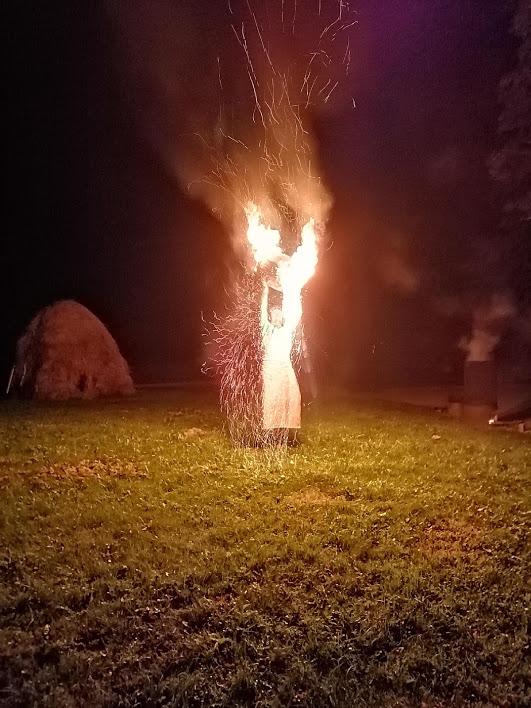 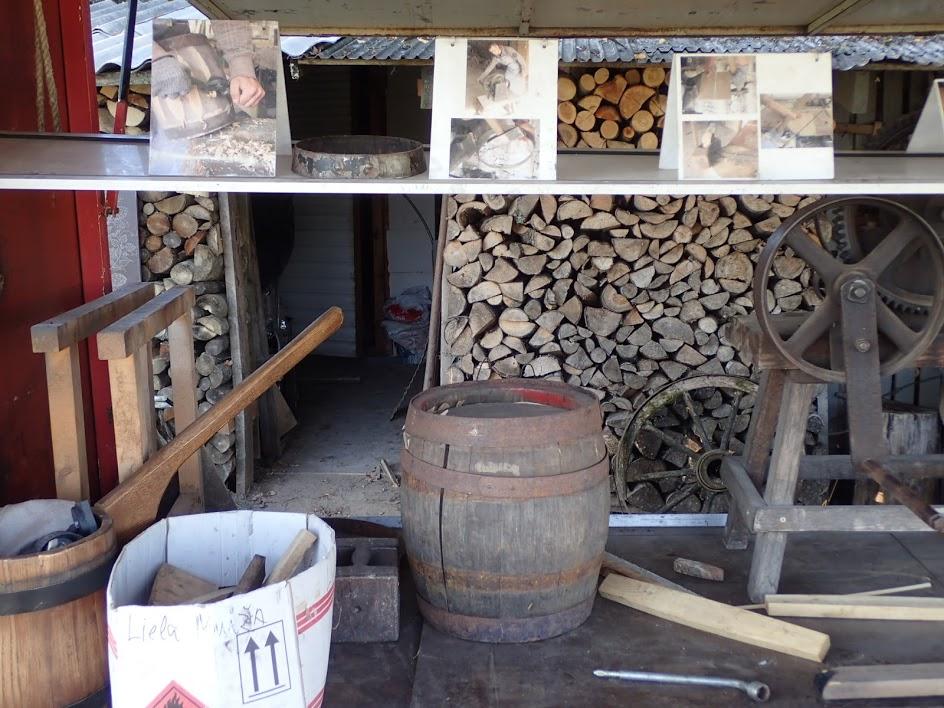 The course below is now fully subscribed but we hope to post details about a second course in August very soon. This course will probab | read more

Re-scheduled: 30th Aug – 6th Sept 2022 The course will be centred around Tampere University and will include a presentation from Scottish participants to Finnish students; there will be visits to conservation, commercial and urban forest a national park, either Seitseminen or Helventinjarvi National Parks.

The STEM Programme (Traditional Skills & Sustainable Materials)   ALL STEM courses postponed until 2022.  We are planning to continue with our Adult Education courses in Natural and Cultural Heritage as soon as COVID conditions permit for safe travel. We hope to run NET courses in 2022. The announcement that the UK is leaving the ERASMUS+ programme will not affect the running of the projects which already have signed contracts. We will contact everyone who was offered a place on courses last year to ask if they would like to go this year when conditions permit. When we have established courses dates with our partners we will advertise the courses and the remaining course spaces. We are extremely disappointed at the decision of the UK government to leave the Erasmus+ Programme, but we are committed to continuing to deliver high quality and unique educational experiences with our host partners until the end of our contract. STEM Traditional Skills and Heritage Management The overall aim of STEM is to improve the knowledge, experience and engagement of Scottish professionals, to ensure that traditional skills and sustainable materials continue to survive as a dynamic part of our common European heritage and provide employment, […]

Natural regeneration was abundant nearly everywhere we visited, something which is comparatively unusual in Scotland unless it is enclosed within a deer fence. Regeneration was so prevalent in some locations that it was encroaching into previously open habitats, such as small fields of abandoned farms. A strong hunting culture and associated herbivore management within Finland appears to the main cause for natural regeneration within Finnish forests.

I went to Finland with an idea to compare the forests there with those in Scotland and, more specifically, with that found at Abernethy. It became apparent, however, that such a comparison was unrealistic. The context of the forests, geographically, culturally and historically, are totally different. Finland is roughly 5 times the size of Scotland and is 75% forested. The population is approximately the same in both countries. This has meant that huge areas of Finnish forest are never, or incredibly rarely, disturbed by human activity. Historically, effectively all of Scotland’s forests have been managed as commercial plantations, especially following the Second World War. This meant a huge reduction in the size of the forest and large areas of forest consisting of uniform trees the same age and size. Finland has greater areas of old growth, natural forest which has never been managed by humans. Culturally, the natural world appears to garner much more respect in Finland than in Scotland with visitors much less likely to actively damage the forest or wilfully disturb wildlife. Regular fire sites and camping huts mean that visitors have designated places to eat, sleep and light fires. Much of the way the Finnish people treat […]

A Series of Finnish Forestry Blogs

​ By Claire Glaister, Institute of Chartered Foresters ​61 degrees latitude: A house of 100 trees An intrepid group of seven left Scotland to head to the land of lakes and trees; a country with a scale of forestry which, to a forester, comes close to Utopia. The week-long Erasmus+ study tour, hosted by Tampere University of Applied Sciences (TAMK) and promoted by ARCH, was to cover forests, birds and environmental education. On arrival at our accommodation for the week however, it became clear that we would also be treated to spectacular skies and sunrises, landscapes and culture and great hospitality too. The final turn of our journey that night took us down an avenue of Silver birch which, even accounting for the car’s headlights, seemed to shine brightly in front of us.  The bark looked much brighter than we see on birch at home and certainly lived up to the tree’s silver title. Sitting around the kitchen table that first evening, our neighbour, Tapio Rautaneva, the owner of the house, explained to us how he had built it using 100 trees from his own woodland – just along the road – individually selected for their physical and quality characteristics.  […]

The government use revenue from hunting licences to compensate landowners on any damage to productive tree crops by deer browsing – if this is indeed correct it is a very different system to what we have in Scotland. Despite the presence of bears and wolves we learned that hunting is essential to managing a sustainable deer population, which was contrary to my perception at the start of the trip. Tapio said there are around 300 wolves in Finland, but 10,000 would be needed to meet equilibrium. It would not be possible for the number of wolves to coexist with the current human population of Finland – so hunting of deer by humans will always be required. We also learned that in the Lapland area accounting for 36% of the country no bears, wolves or lynx were tolerated and were shot on sight to protect the reindeer. Unlike Scotland there are no ‘professional’ hunters, as hunting is too popular of an activity. However, Tapio foresees such jobs might exist in the future as the country continues to urbanise and less people live in rural areas.

This film shows the other side of the Erasmus course – the friendships formed and the cultural barriers toppled.

What beguiled me on this trip was that it was evident from every Finnish person I spoke too that they had a deep respect for nature. This included the hunters. Even the predators were an important part of their mythology. For instance, people used to collect the first droppings that a bear produced after hibernation and kept them in a pouch to wear so that they would have the strength of a bear all year. Another indication of this respect was the almost total lack of litter found in natural places which can be a real problem in Scotland. Our student guides just didn’t understand why you would leave rubbish behind. Solo walks in the forest were common and important to people of all ages. My impression was that the Finnish culture still maintained a real connection with nature whilst some urbanisation in Scotland may have severed this connection.