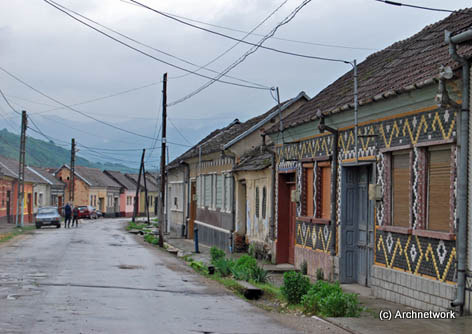 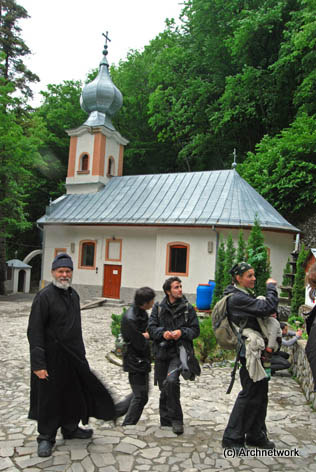 Romania 19th – 26th September ‘Lime burning in Romania is part of an unbroken rural tradition which is at risk. The tradition of kiln building and lime burning is maintained by an increasingly older generation, with no apparent successors from younger generations appearing willing or trained to take over and secure its future. As a […]

‘Lime burning in Romania is part of an unbroken rural tradition which is at risk. The tradition of kiln building and lime burning is maintained by an increasingly older generation, with no apparent successors from younger generations appearing willing or trained to take over and secure its future. As a consequence, the production of lime in Meziad, a process which may well have continued almost unchanged since Roman times, is at risk of being lost within a few years. A further consequence may well be that the skills needed to use lime in the maintenance and repair of traditional buildings will also be lost’. (William Napier, NET Romania 2015).

Lime (calcium oxide/hydroxide) is an ancient product – for maintaining heritage buildings it is an essential ingredient – used for mortar, paint and as a sterilising agent in stables, kitchens, etc. In Romania they still make lime in the way the Romans did – and they have proved it is a transferable skill by building a ‘cuptor’ in Cumbria and making 40 tonnes of high quality lime for heritage building restoration. The purity of the wood fired product and the fact that it achieves a much higher price than the factory made lime demonstrates there is still a window for old skills in a modern market. Read the reports and see the itinerary at http://archnetwork.org/category/reports/romania-net-2015/

– arrive to Cluj Napoca and transfer to the hotel. Overnight in Cluj Napoca.

–  After breakfast we leave Cluj Napoca and head into the Apuseni Mountains. Visit the (1712) Orthodox church near the village of Avram Iancu to see the amazing original iconography and frescoes (1790). They are painted with lime with various plant, animal and mineral derived pigments. Discuss the colours and how to restore/maintain; also the dilemma of the ‘patrimony list’ in a country with poor fiscal resources for maintenance. Overnight in the Apuseni Mountains ( Albac village).

–  Breakfast and  visit to  the old church in Girda de Sus, then  we carry on to Beius and the village of Meziad (15 km from Beius) – meet Dumitru & Silvia, the limeburners – look around their farm – including at the beautiful textile patterns upscaled onto walls and painted with lime paints with natural pigments. Visit the cave close to the village – begin to understand something of the local limestone geology.  Lunch at the farm.  In the afternoon, begin loading the lime kiln (cuptor).

– complete the loading of the cuptor – each stone (limestone chunk) is carefully placed to allow oxygen to pass around it.  An dome is formed & filled above – this part of the operation is very skilled. After traditional lunch at the farm, return to the cuptor to light it.  In the evening – by the cuptor, tell stories & sing songs !

– The cuptor burns all day and wood is constantly added – there is no other fuel source so the carbon footprint is very low. After lunch in Beius, visit the nearby pastures and oak forests – see herds of domesticated water buffalo.

– The cuptor still burns but will be shut down this evening – the day is dedicated to lime painting – first (with health & safety provision) slake some ‘quicklime’ from a previous burn. As it cures, go to the meadows and forest to gather a range of plant and mineral pigments. Return to the farm to mix a range of (very surprising) colours. Plan the design for a wall by review Silvia’s wonderful home produced textiles.  After lunch upscale a pattern onto the wall and paint it with the lime paints – others may prefer to do some lime rendering with Dumitru .

– early morning visit to the local market in Beius . Here we’ll see lime for sale + many other traditional products – textiles, tools, antiques, food.Go to Meziad to have a final look at the kiln being unloaded. Leave the village of Meziad to go to Cluj. Dinner and overnight in Cluj.